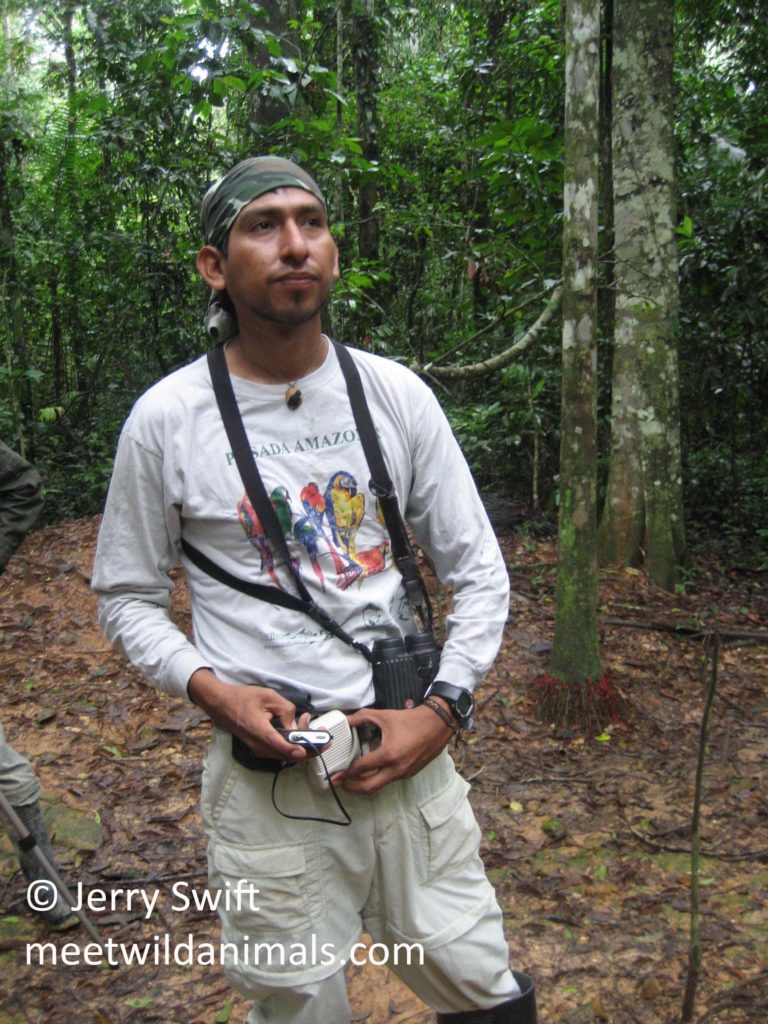 Richard Amable is a Peruvian naturalist guide who spent most of his life in the Amazon rainforest.

Richard used to work for the Tambopata Macaws Project and for the W.W.F. as a researcher. At the same time, he was guiding in this part of the rainforest that is known as the richest in the world in term of biodiversity.

He is very experienced and knows a lot about birds, and much more. The years spent in the heart of this forest made him knowledgeable about all kinds of living things. He knows better than anyone how to meet wild animals in this magic forest.

He has his own Tourism Company called « Jacamar Group » and you can join him to explore the Peruvian rainforest.

If you want to contact Richard Amable for experiencing a genuine wildlife watching tour, click on Jacamar Club Page.

« During the 18 months I personally spent in the peruvian rainforest for making my documentary about wild animals, Richard Amable was, most of the time, my guide.

I can say, without the shade of a doubt, that he was one of the most amazing I have ever met. » Said Jerry Swift.

To be given preferential rates by this travel agency, please emphasize that you discovered it on Jerry Swift’s website. 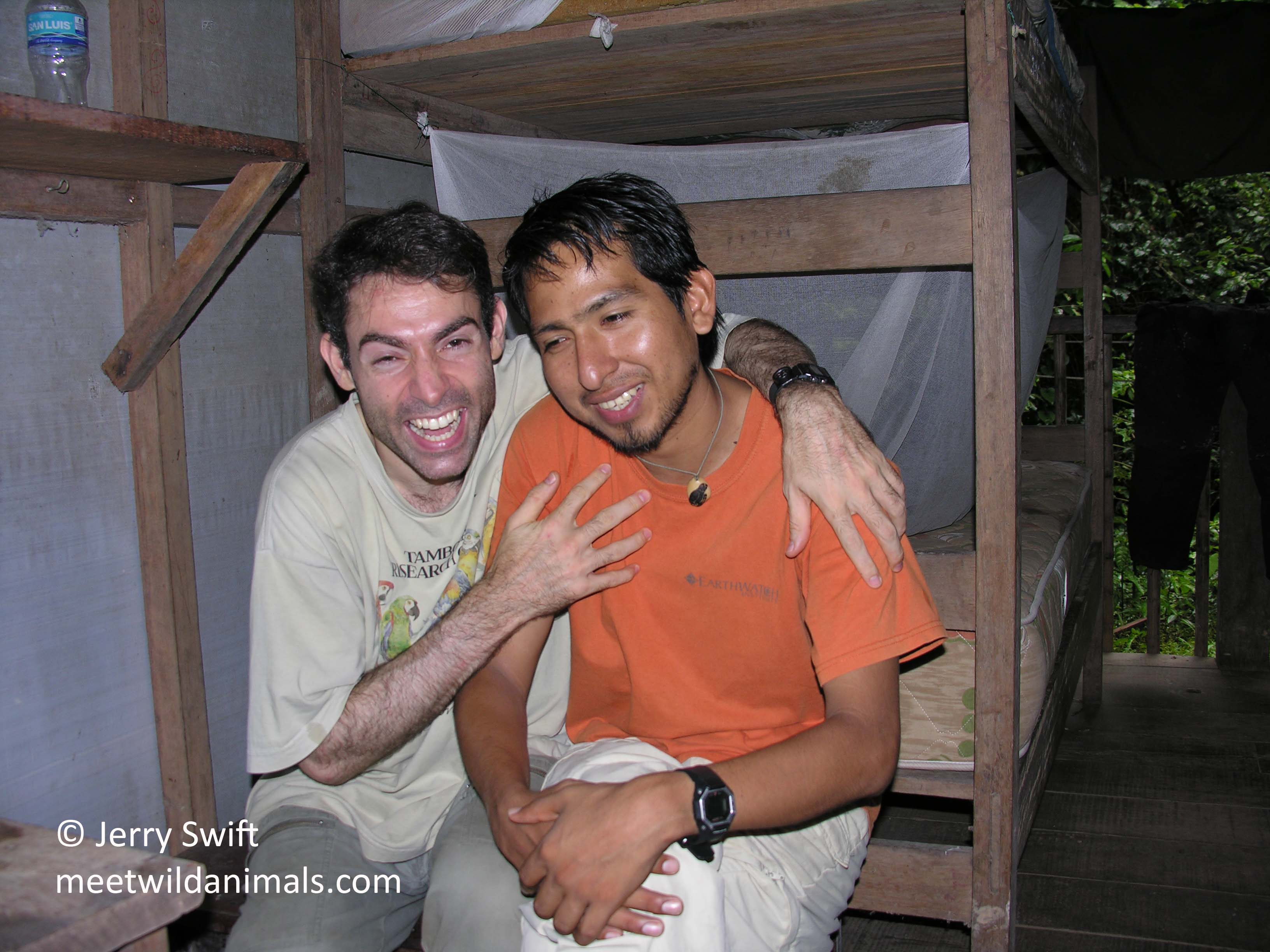